Shinjuku covers a large area and can be broken down into many sections. The 3 main areas are located around the massive Shinjuku Train Station:

- Nishi-Shinjuku (meaning West Shinjuku) is located on the western side of the Shinjuku Train Station and is referred to as the Skyscraper district. This area has many commercial and government buildings. It also has a number of large shopping malls located right next to the train station. There is a small section of small streets with lots of electronic stores selling cameras, laptop computers and electronic devices. There are also many business hotels including the Hyatt Regency Hotel, Park Hyatt Hotel, Hilton Hotel and Keio Plaza Hotel. There is also the Tokyo Metropolitan Government Building which has 2 observation decks on the top floors with free admission. - The east side of Shinjuku Station is a large commerical area dominated by large shopping malls, smaller specialty shops, clothing stores and loads of restaurants and bars scattered thoughout.

- Kabukicho is also located on the east side of Shinjuku just on the other side of Yasukuni Dori, the large multi-lane street which passes though Shinjuku. Kabukicho is Tokyo's largest red light district. The multi story buildings with their large flashing neon lights were the inspiration for the Harrison Ford movie Blade Runner. See more photos and details of Kabukicho

Some other parts of interest in Shinjuku are:

- Omoido Yokocho (Memory Lane) a few small pedestrian lanes tucked in right next to the train line on the west side of Shinjuku Station. The lanes of Omeido Yokocho are lined with traditional Japanese yakitori restaurants serving up a range of chicken skewers with lots of cold beer and hot sake to the hungry/thirsty Japanese salary men grabbing a feed before heading home after work. For more photos and details of Omoido Yokocho click here. 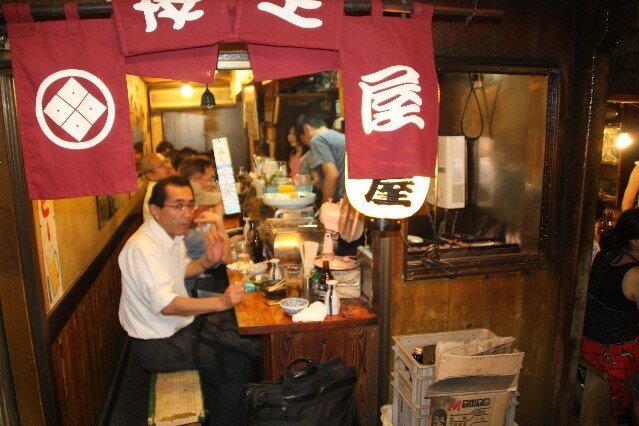 - Golden Gai is another area with a few small pedestrian lanes located between Kabuckicho and Hanazono Shrine. The lanes of Golden Gai are lined with traditional Japanese pubs which only seat around 6 - 8 people around a small bar with only one bar person serving up the drinks. The bars in Golden Gai open around 5pm - 6pm and are open until early into the morning, around 5am. Golden Gai is a great example of traditional Tokyo before the modernisation. For more pictures and details of Golden Gai click here.

- Shinjuku Sanchome is next metro train station from Shinjuku Station located further east around 12 - 15 minutes walk. Shinjuku sanchome is another commerical area with tall buildings though there are heaps of restaurants and bars along the ground floors of these buildings.

- Shinjuku Ni-chome is Tokyo's gay area with lots of small late night bars that cater to gay men and women.

- Shin-Okubo, still within the ward of Shinjuku is located 1 train station from Shinjuku on the Yamanote Line. Shin-Okubo is known as Tokyo's Korea Town with a high number of Korean people living in the area and lots of Korean grocery stores and Korean Restaurants. 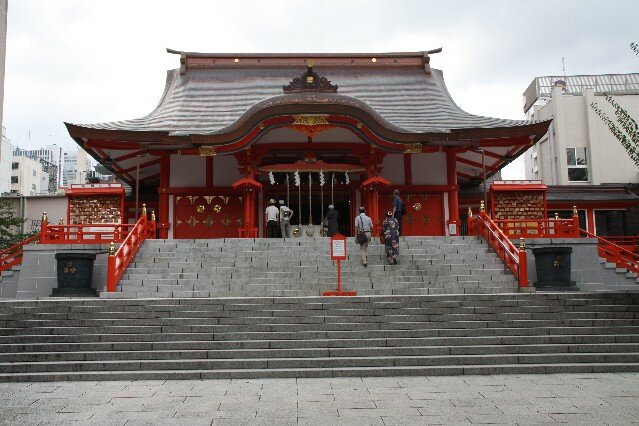 Shinjuku Train Station is one of the main transportation hubs in Tokyo with multiple subway connections and multiple overland JR Station lines (Yamanote, Chuo, Sobu, Saikyo, and Shonan-Shinjuku lines). Shinjuku Station can be a bit daunting as it is huge with many underground tunnels connecting the various platforms. During peak times Shinjuku Station is extremely busy as on business days over 3.5 million people travel through these transport hub. The underground tunnels is like a city in itself with shops, cafes, department stores and restaurants lining the walkways.

Hanazono Shrine (花園神社) is a little bit of historical Japan located in the concrete jungle of Shinjuku. Hanazono Shrine is a Shinto shrine built in the 17th century. A number of important festivals are celebrated at Hanazono Shrine throughout the year including New Years Day prayers 1st January, Setsubun Festival and Two Horse Festival in February, Festival Koxinga in March, Flower Festival in April, Shinto Purification in June and December 31st as well as Clock Festival in November. For more photos and information on Hanazone Shrine click here.

Shinjuku Gyoen National Garden (新宿御苑) is a large public park located between Shinjuku and Shibuya. Within the garden there is a traditional Japanese tea house where you can visit to take part in the Japanese tea ceremony. The park is open everyday from 9am until 4.30pm except on Monday when the park is closed. These gardens were once home to the Naito family during the Edo period. 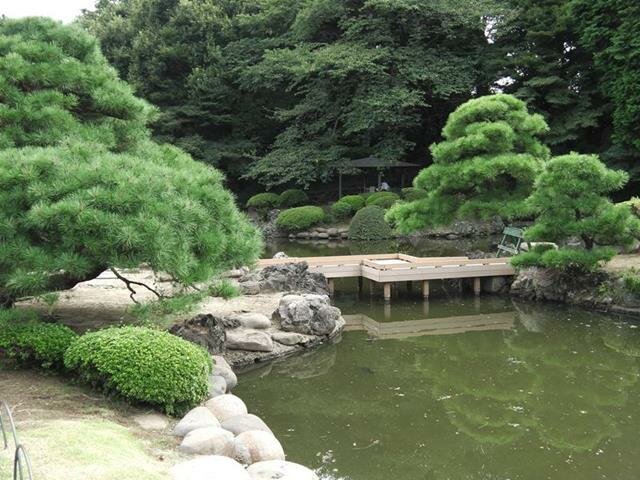 Entry into Shinjuku Gyoen (Shinjuku Park) costs 100 Yen. Shinjuku Gyoen National Garden is located on the eastern side of Shinjuku Train Station, around 15 minutes walk. It is quicker to catch the Maranouchi Subway line to Shinjuku Sanchome and walk from there.

There is also a smaller park called Shinjuku Central Park which is located in Nishi-Shinjuku located behind the Tokyo Metropolitan Government Building. Shinjuku central park covers a few blocks and has a number of hotels at it's edge including Hyatt Regency Hotel, Park Hyatt Hotel and Hilton Hotel. There are some good walking tracks in the Shinjuku Central Park as well as some exercise stations. Also at the back section of the park next to Juniso-Dori Ave is a nice Shinto shrine called Kumano Jinja Shrine. If you visit the shrine in the mornings you will often see business men, in their suits stop at the shrine to make a quick prayer. 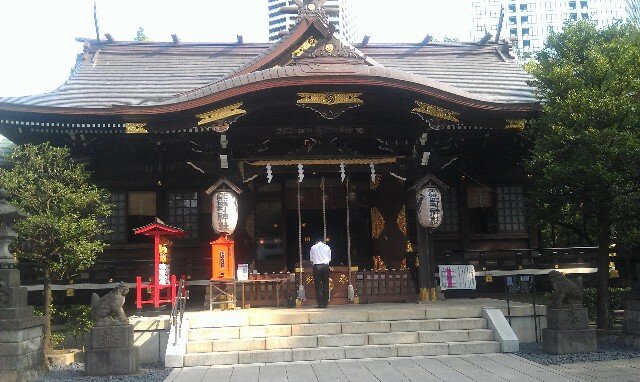 The Best Views in Shinjuku

To experience the best views over Tokyo there are 3 places in Shinjuku you should visit. 1 is the Shinjuku Sumitomo Building, or the New York Grill Bar in the Park Hyatt Hotel both in Nishi-Shinjuku (West Shinjuku) or the Tokyo Metropolitan Government Building has 2 observation decks in the South and North Tower on level 45 open from 9.30am - 5.30pm 7 days a week.

The Park Hyatt Hotel has one of the coolest bars in all of Tokyo - The New York Grill Bar which was made famous by the movie Lost in Translation. Warning - the prices for drinks and food is a bit expensive. They have a jazz band playing most nights. It is often hard to find an ATM bank machine in Tokyo which accepts foreign issued cards. Most Japanese ATM machines only work with Japanese issued cards. There are a few ATMs in Shinjuku which you can withdraw cash from using a Visa, Maestro or Cirrus card. On the western side of Shinjuku station, 2 blocks down, there is a 7 Eleven store with an ATM machine which accepts foreign cards. Click here for the Google maps location of the 7 Eleven Store.

On the eastern side of Shinjuku station there is Citibank branch which has a number of ATMs which accept foreign cards. Click here for the Google Maps location of the Citibank branch.

Also on the eastern side of Shinjuku Station there is a 7 Eleven store right at the entrance of Kabuki-cho which has an ATM that accepts foreign cards. Click here for the Google Maps location. Throughout the year there are numerous festivals held within Shinjuku.

Autumn Festival of Kumano Jinja is held in Shinjuku around the Autumn equinox in September each year. Portable shrines (Mikoshi) are carried through the streets and stop to pay respect at various businesses throughout Shinjuku. There are numerous shrines being carried by different groups and carried all over Shinjuku for the entire day. Best place to see the shrines being carried is through the streets of Kabuki-cho or around Shinjuku Station.

Also check out these highly recommended restaurants in Shinjuku: 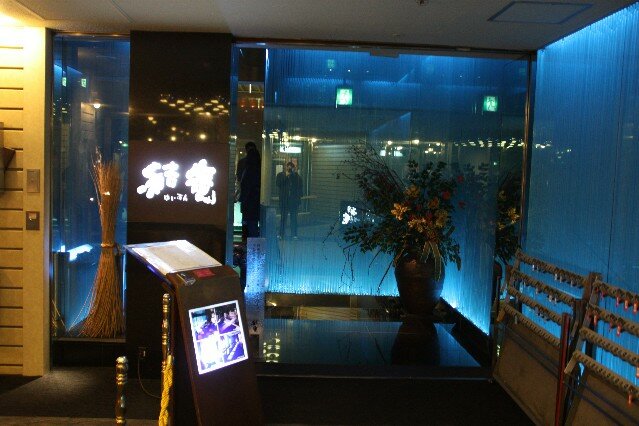 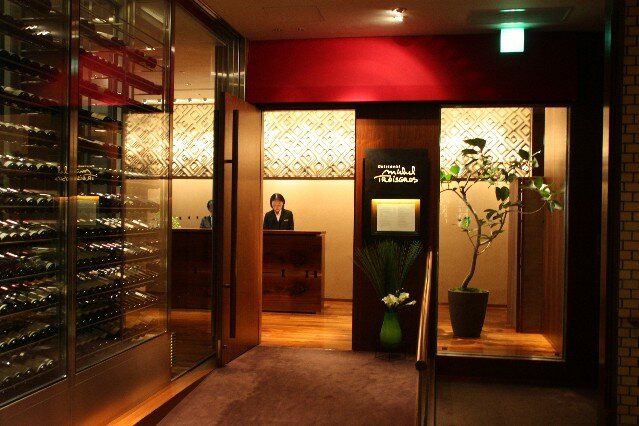 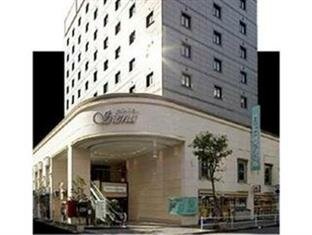 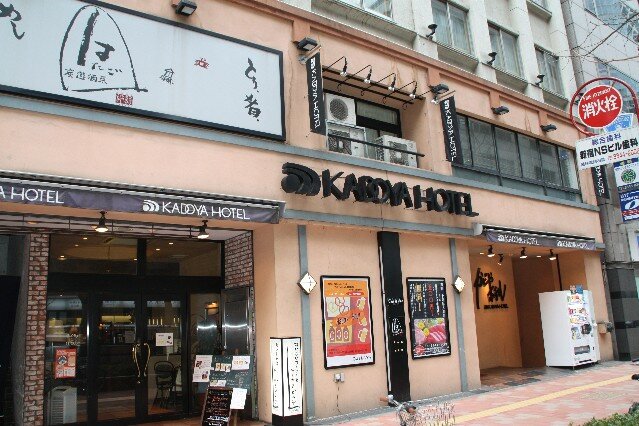 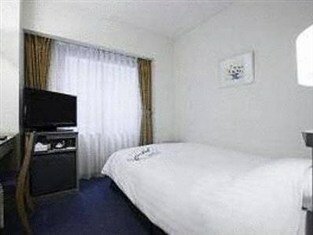 4 and 5 Star hotels in Shinjuku 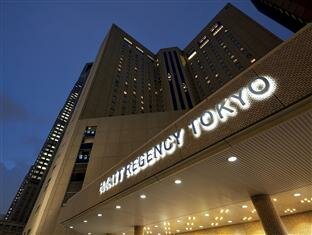